Société Générale Bank & Trust (Luxembourg) is a wholly owned subsidiary of the Société Générale Group. Founded in 1893, it is the oldest foreign banking establishment in the Grand Duchy. Since its inception, the bank has supported the development of Luxembourg’s industries, and has thus contributed to the emergence of the financial center. With this experience, it has developed all the skills of a multi-business bank, offering business services to institutional investors (Securities Services) and wealthy clients (Private Banking) with the support of an active wealth management center. The bank’s clients also benefit from the expertise of the Société Générale Group, one of Europe’s leading financial services groups.

As part of Société Générale’s Global Testing Methodology (GTM), the bank’s development teams in Luxembourg have now been using Jira Software to plan and manage their activities for two years. Using the Atlassian tool, 200 employees were supported through the Agile transformation. They left behind the V-model of development and improved their reactivity and capacity to adapt. The Agile coaches were trained by a Valiantys consultant. This training allowed all users to correctly assimilate the methods. Today, development teams have moved to Agile evolution for large-scale projects (Agile at scale). These teams are also in the process of transitioning to DevOps. Always aiming for greater customer satisfaction.

At Société Générale in Luxembourg, software testing activities are spread across the various developer teams. Testing is a role and not a function. “Testing is everyone’s business,” confirms Alexis Bréhinier, expert testing automation coach. Previously, software testing was managed heterogeneously according to team. Many of the contributors used the Micro Focus® Quality Center reference tool, while others referenced their different tests using Excel files.

As activities grew and projects became more complex, this manual solution was no longer sufficient for Excel users. In addition, once Jira had been deployed to manage Agile development, the teams using Quality Center were limited in their ability to measure the coverage of each test requirement due to the lack of integration with Jira. The high cost of Quality Center was a further argument for changing test management tools.

Jira’s flexibility has enabled Société Générale’s users in Luxembourg to easily apply their Global Testing Methodology, based on the risks. Being able to customize fields and manage priorities in Jira/Xray was an asset.

The various Xray reports also make it possible to monitor proper implementation of testing strategies, which is an essential factor and a mandatory deliverable for the GTM.

Choosing Jira was the logical next step for us! Why choose another test management tool when we had already invested in Jira? We could therefore benefit from native integration.

A UNIQUE PLATFORM WITH COMPLETE TRACEABILITY

With the addition of the Xray app to the Jira platform, user stories, tests, and anomalies are simply and seamlessly integrated. “It was the logical next step for us! Why choose another test management tool when we had already invested in Jira? That way, we were able to benefit from native integration,” says Alexis.

The points of contact for Testing and Tools chose to promote Jira/Xray within the different teams as the optimal solution for all new projects. There was no migration from Quality Center to Jira; the former was abandoned gradually. And after 1 year of production, there are now nearly 11 new test projects on the Jira platform and 1,877 Xray tickets. These are both functional tests and regression tests.

The change was managed with relative ease because the developers were already Jira experts. The only “effort” involved demonstrating the benefits of using Xray rather than Quality Center or Excel. “The requirement coverage level report for each test is one of the features that quickly convinces developers.”

The teams who were the most receptive to the new tools were the first to use the Jira/Xray solution, and gradually the other teams abandoned their other tools. “With an integrated test management solution from Jira, testing becomes Agile with no additional effort. The tool sticks closely to the Agile processes, and this reassures the teams enormously, ” says Alexis.

All Jira users have access to Xray on demand. They often initially consider the Xray solution a kind of test bank. “The appropriation of the tool often starts with the establishment of a pool of tests, or even a checklist,” adds Alexis. Test scenarios for each requirement are defined in Xray. “The most advanced teams define the tests before developing them.” Then they quickly track tests in Xray.

“With an integrated test management solution from Jira, testing becomes agile with no additional effort. the tool sticks closely to the agile processes, and this reassures the teams enormously.” 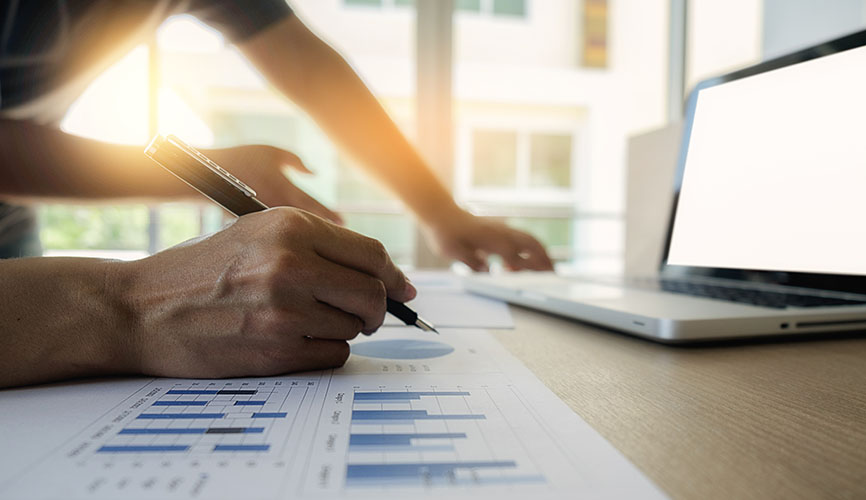 Thanks to the reach of the Jira platform, testing is becoming Agile at Société Générale in Luxembourg, and the development teams are enjoying full visibility of their activities through Jira. The use of a single, central tool also brings comfort to everyday life and eliminates tasks without adding pointless work like double entry and integration. Product managers have more complete reports. And the company is also saving money now that they’ve moved from Quality Center to the Jira app.

The testing culture at Société Générale in Luxembourg upgraded thanks to changing the tool. Testing is an integral part of development activities within the tool, and therefore in the minds of employees. “Agility is not natural. The tool gives us an appropriate framework,” adds Alexis.

“Agility is not natural. The tool gives us an appropriate framework.”

Testing automation is still in its infancy at Société Générale in Luxembourg, and is initiated by the developers themselves.

The goal today is to make a great leap forward in automation by focusing on the easiest functional tests to automate, as well as the most frequent ones.

The Testing and Tools points of contact are currently in the process of analyzing their needs and training on the automation features offered by Xray.

Société Générale in Luxembourg has still more useful projects on its roadmap as it continues its journey towards Agility and DevOps.