Formed in Carentoire, Brittany, in 1986, Ubisoft is today one of the world’s leading companies in video game creation, publishing and distribution.

Ubisoft introduced Jira in 2007, initially in response to a need for optimized game quality management. The software has since become a real quality control platform, with a quick roll-out to production studios to facilitate collaborative working on projects and support game quality upstream.

Since it was implemented, Jira has won over some 8,000 employees, and on the basis of this experience, Ubisoft has deployed two other Atlassian products: Confluence and Bitbucket.

Jira is now used by staff in all teams and departments, from games production to purchasing, production of associated services, the Jira team itself and the teams that develop internal tools. Eric explains that all the teams converted to Jira very quickly with no real need for the internal Jira team to convince them: they simply advocated ”freedom of use” and inspired “a willingness to boost collaboration through Jira”.

The games production teams, which manage the production pipeline and project and task management, are the most active Jira users. Eric confirms that ”the production teams are constantly looking to innovate and use the software as much as possible.” Within each production team, a support team manages a service platform with Jira Service Desk to manage all production-related requests centrally, responding as quickly as possible. 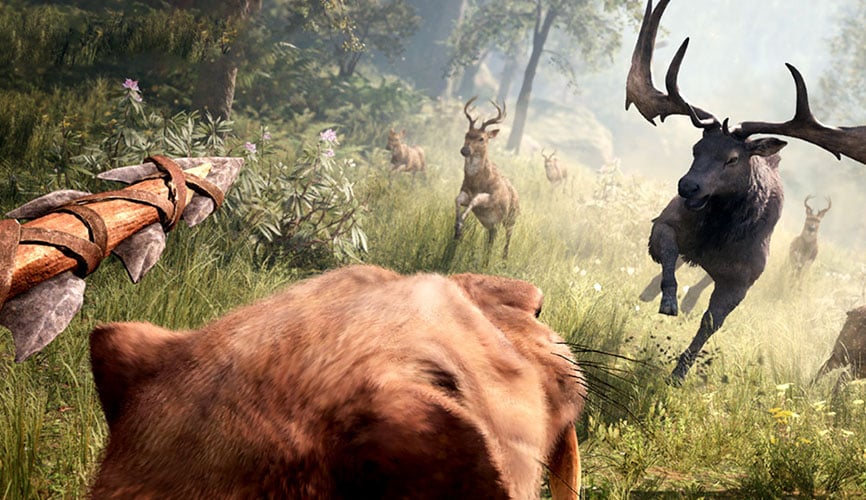 SPEEDY ADOPTION ACROSS THE BOARD

The software’s intuitive interface is a significant advantage, and has helped drive adoption among users.

”In most of our teams, people develop an understanding of Jira by themselves. Our job is mainly about providing technical support and helping them to adapt the software to suit particular projects,” explains Eric. Ubisoft’s Jira team has developed internal standards so that employees can start a project very quickly and manage it in Jira “the way the team wants.”

After a few years of using Jira, users still comment that it saves a significant amount of time. ”Jira allows them to focus on the work itself, rather than on managing it”, Eric comments.

On the administrative side, the team of Jira specialists is particularly keen on the software due to its:

GETTING JIRA LICENSES UNDER CONTROL

Ubisoft is one of Jira’s biggest users, and a real expert in the software. It is one of a few Atlassian clients with a dedicated, highly qualified team of six people. With this level of in-house expertise, Ubisoft does not require any help configuring Jira to meet its needs. But with over 8,000 users, three products, 70 installations and numerous add-ons (including Jira Agile, Structure, Script runner and others), license management is a real issue.

Valiantys supports Ubisoft in managing this, helping employees save valuable time with central management of Jira licenses and add-ons, as well as consolidated management of renewal dates.

”The Valiantys teams’ experience in license management and their expertise in Atlassian products are very important for us – this means we can focus on our own work” explains Eric.

VALIANTYS, A FACILITATOR IN THE GLOBAL JIRA COMMUNITY

Another aspect of Valiantys’ expertise the team has benefitted from, Eric continues, is its role as a facilitator within the Atlassian community. ”In fact, thanks to Valiantys and its Atlassian network, we were able to form the Atlassian User Group (AUG) in Montreal a few months ago”, he enthuses.

As a Jira expert, Ubisoft was keen to share its vast experience. Following its attendance at a community meeting 18 months previously, Ubisoft’s Jira team realized it had a lot of information, experiences and innovations to share.

The Montreal AUG, set up by Ubisoft, is growing quickly and is close to joining the biggest groups within the Atlassian ecosystem. According to Eric, ”it was thanks to close cooperation with Valiantys, their contacts and the advertising they did that we were able to set up the AUG”.

Finally, he notes the quality of the relationship with Valiantys as a key feature of the collaboration. ”The answers we get are always quick and clear. If there’s something we need, Valiantys always has a solution to offer or someone we can contact. We’re extremely satisfied with our interaction with them.”

Ubisoft’s Jira team is always at the cutting edge of new Atlassian developments. Its aim in the coming months is to continue to increase use and adapt future Jira innovations to better suit the needs of Ubisoft’s projects, teams, business areas and productions.